Memories are hard to forget. Especially the good ones. Friends come and go and the new memory could never replace the old ones.

I am talking about going for Aidilfitri shopping in Jalan TAR. When i joined the service in 2007, i made some fast friends that remains as my friends (alhamdulillah) until now. The only thing that changed were our title from being single to being married, for some.

We started it all back then in 2007. The first time i ever been to the infamous Jalan TAR for raya shopping. Accompanied by Zaimee, Arep, Niha, Cherrie and Emmy Jo.

In 2008, i just completed my 6 months course. Went to Jalan TAR with Zaimee, Arep and Niha. 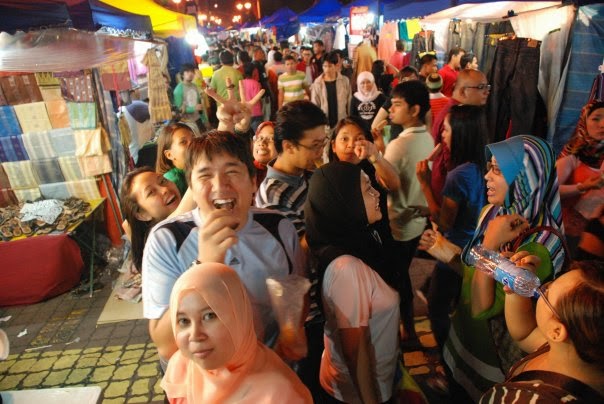 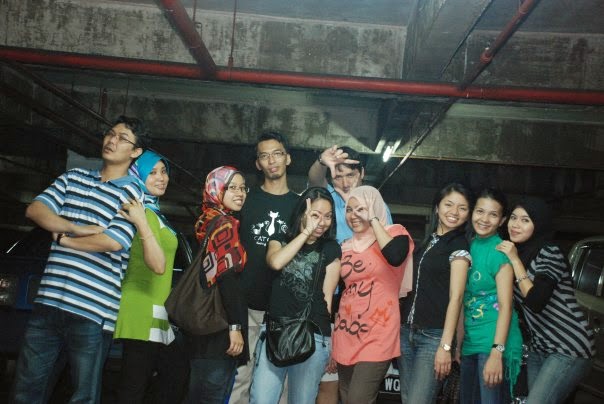 In 2010 we park the car at Zetty's house. The group members were Zaimee, Zetty and new addition, Jepp. 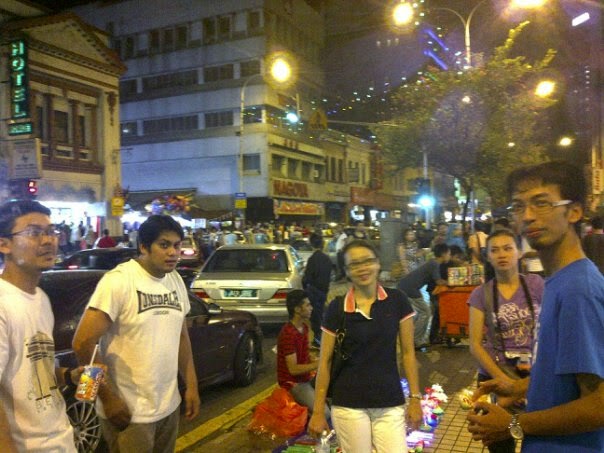 2012. Zaimee as usual. Then there were Aida Misran from Malaysia, Pa'an, Hafez, Mimie and Amry. 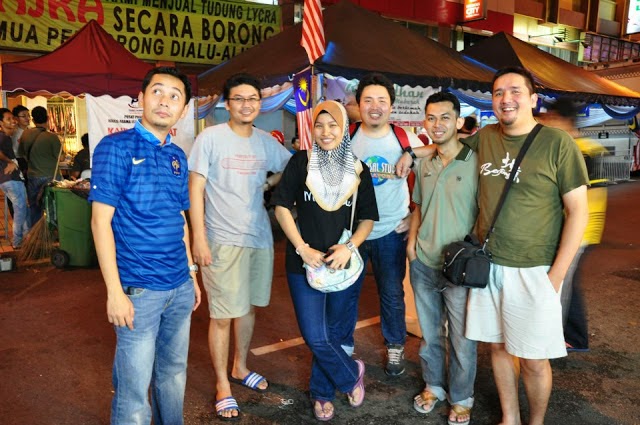 Last year. It was only Zaimee, myself and my lil sis. 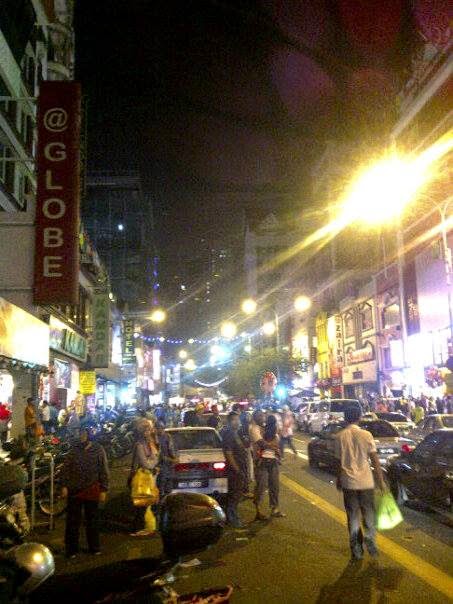 And this year. Amymie (my lil bro Fahmi and my sis in law Amy name combination), Jaja and Kartini. 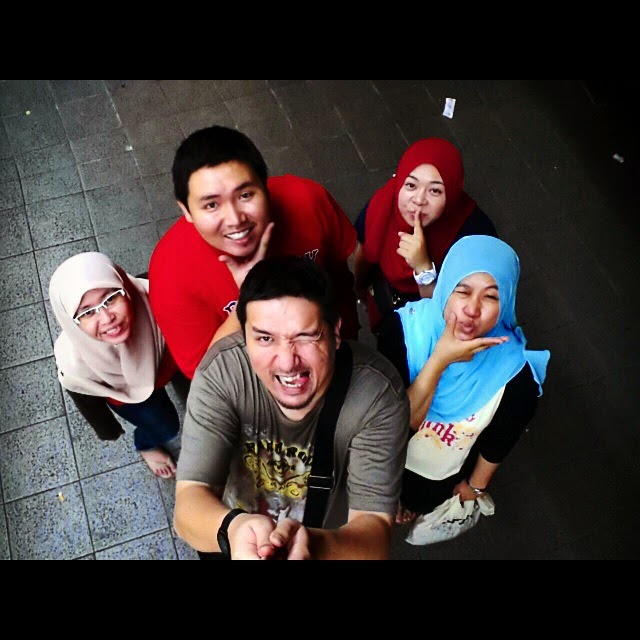 Not to be forgotten. Wifey and baby Eusoff (8 months in tummy). 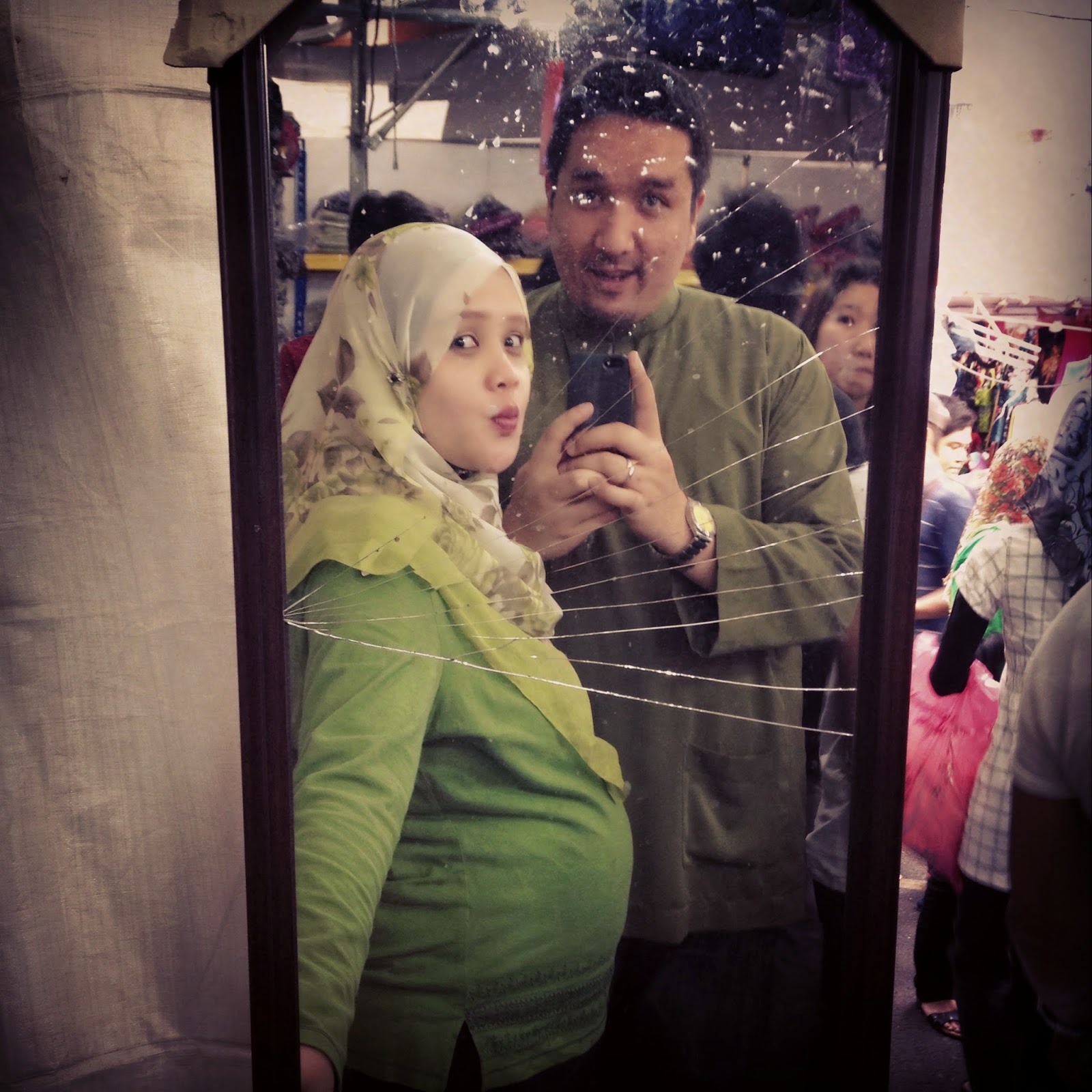 Years change. People change. But activities remains the same. I doubt this one will pass.

Email ThisBlogThis!Share to TwitterShare to FacebookShare to Pinterest
Labels: Ramadan

Wow. We are entering the final days of Ramadan. It felt as if it was just yesterday i was blabbering to wifey not to pack too many stuffs to go back to Alor Star for our first day of Ramadan. Owh yeah. I am married. This year marks my first Ramadan as someone's husband. And excitedly waiting for our first baby due in September. A lot of good things happened over the year until now. Eventhough some of it are not so good, but knowing that you will have your own miracle does some funny trick to your mind believing that everything is just fine.

Suddenly all of the sudden, i flashback myself to few years ago. One of nice memories of Ramadan. I wrote it in this very blog. Now i do think that having a blog is not such a bad idea. Some memories are forgotten at the back of our mind but it need that small trigger to refresh it all back as if it just happened. It was my entry on Wednesday, 9 September 2009. Gosh it was 5 years ago. We were not yet 5 years older. We were in our 20s. Hahaha. And this pic. It was the good old days. 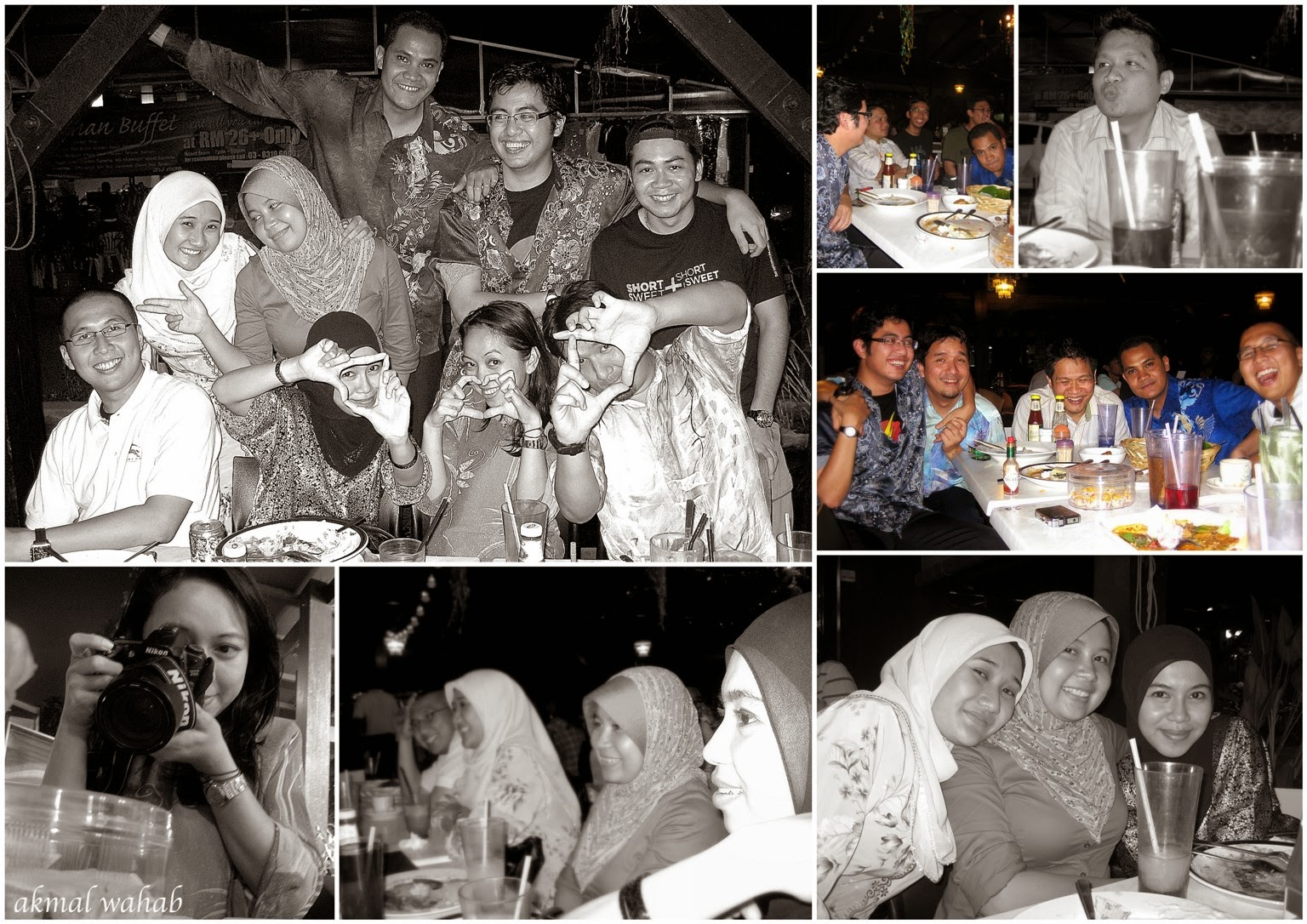 Everyone in the pic was still single (with exception of Fatly whois now happily living in New York). I am trying to remember who my gf was during that time. Owh yeah now i remember. I bet my bff Fara remembers her too. For all the wrong reason. Hahaha. This was the hang out group. The gals and the boys. It was one of those memory. All we have left of the memory was a pic to remind us of how we used to be.

With the exception of Zetty (now my officemate) and Fara (my personal confidante in the times of need) i hardly meet the others any more. The last time i met Meran was before he went on for his honey moon early this year. Zul Azri was during his wedding day earlier this year. Accidentally bumped into Cherrie few months back in Ayer @ 8. Adrian is now happily married and continuing his studies in the states and i was his best man during his important day with Ainul Maria. They are blessed with one cute boy. I never seen Leen since 2011 but we do keep in touch over the social media. Totally lost contact with Andy. Still very much very close to Zaimee as we hang out from time to time (in fact i just got back from iftar with him and his wife Tina). Arep has been a great host to me during my honeymoon to The Hague end of last year and insya Allah i will meet him again perhaps this year end or next year. Everyone are scattered around the globe. Zetty will be starting her new role in Jakarta after Aidilfitri and perhaps i will also be assuming a new role after the baby is born in yet to be decided location. Wow. What a comparison to 5 years ago. Ramadan this year is totally different than Ramadan 5 years ago.

Ramadan. It is and always be the great month. When the gates of heaven is opened widely to bless us. Needless to say, I am blessed with everything that has been bestowed upon me by the almighty and looks forward for the many incredible days to come. Especially next Ramadan when i will celebrate it as a father if god wills it. I pray that we all will have more Ramadan in our life and one day in the future we all will group once again and take pic with the exact same pose but with crinkles added. Hahaha.

I am thinking of where am i bringing my son for his first travel. That will be in either November or December.

Many argued that he will be too small. But either way i am more determined to do this than thinking about which pre-school i have to send him. Hahaha.

I guess each people has different priority. I have mine.

So it is either going to be to Tokyo or Perth.

Email ThisBlogThis!Share to TwitterShare to FacebookShare to Pinterest
Labels: Fatherhood

Wow. It has been a while since i last updated the blog. I guess there is no interesting thing to write about. Or perhaps i just caught up with work and have no time to even take a look at my blog. Now i am thinking of actively blog again as i do need to practice my writings from time to time. Excuse my atrocious grammar as it is where my weakness in writings lies. But what da heck. Just go with it.

Now it has been 32 weeks. Alhamdulillah. Do not know what i am talking about? Well. I am going to be a father. Yeayyyyy. Superexcited i am. Miracle seems to be lurking around the corner and creeping up with life as we go along with it.

Comes down to the serious matter. The NAME.

Still have not settle this issue with wifey. My plan is. To have one name only. Maximum three syllable as i plan to call my son (owh yeah its going to be male) his full name throughout his life. No nickname such as abang/ adik/ along or whatever not. My reason is simple. By calling him with his full name is me praying for him to live up to his name. For sure Muhamad will be his first name. I won't call it as a tradition but it is by far is the greatest name that a man could have. To be named after our beloved prophet. Then comes the second name. Wifey and i still having an argument about it. I won't call it an argument as we hardly argue. Just the matter of difference of opinion.

Some has said that the name is not necessarily an arabic name. It could derived from any language as long as it has a good meaning behind it. Well. I am a lil bit conventional. Old-fashioned. So i just stick to arabic. There is no use of googling up a Maui name (for instance) whilst on the other hand it could have an entirely different meaning in other language. But that will be hard. As there are thousands of languages in the world.

Arabic name. Hmmmm. I am quite fond of the name Eusoff (phonetically Yu-Sof). Its just the matter of spelling but it sounds all the same. At this juncture, uncertainty did make my mind a mess. Rafique (phonetically Ra-Fik) also has a nice ring to it. Same does Mikhail (the name of one of the angels) or Tareef (rare, uncommon, curious - phonetically Ta-rif) or Rafq (patience, tolerance, endurance - phonetically Raf).

Whatever it is. Wifey and i still have time to go through all the names that befitting our baby boy.

It is not an easy task. Now i know.