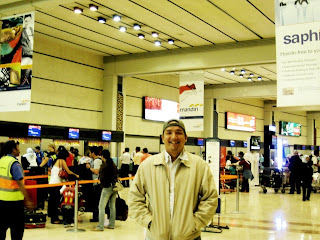 It has been a while since i last updated my blog. It kinda feels weird. Coz this is supposed to be some sort of a daily journal for me. But instead i got quite busy this week that i find it is some sort of chore to update my blog. But i just love to write. That is a passion that i had nurtured since forever. Since my father wasn't enthralled at the prospect of me pursuing journalism. I got into science streams, took bachelor in applied science majoring in physics, working with a japanese company for almost a year before got in the service that my father wished me to be in. Life turns out well enough despite some hiccups here and there.

Today i woke up early in the morning only to find myself pulling back my blanket as i feel so sleepy. So resume with my sleep after re-setting my alarm time to 7.30 am. Got myself a meeting this morning. This time around i had learned from my past mistakes. So i got myself another laptop to continue writing the minute on the spot so that i can actually get the grasp of the meeting. Turns out well and i emailed the minutes less than an hour after the meeting. Waha!

Today also marks the end of DPA for my fellow friends in INTAN. Some of them stay at the same place prior to the DPA, and some got posted somewhere else. And to my amazement, one of my friends got posted somewhere out of his previous posting ministry. But his last post in the ministry (of nobody can go out even if they tried) was to his liking. Don't know what exactly happen to produce such result. Anyway, not going to dwell on that. Just trying to register myself with the disappointment i had watching WOLVERINE yesterday.

I had a very high expectation for the movie. But turns out it is just a so-so (trying to be nice la). X-Men III : The Last Stand which many criticised as BAD (but for me it was a joy to watch) and i mean badder than wolverine. But i beg to differ. As i think that i had truly love the X-Men III. Compared to Wolverine which i think was too draggy and bad dialogue. (But the movie really great at the trailers).

Having to deal with that, i just remembered that tomorrow is the Labour's Day. What am i going to do on Labour's Day?Hurmmm. Still thinking. I have to go Melacca to get Mimi's things on Saturday (but Emma prefers Sunday) and all in all i have to think about the budget as well. And swine flu (damn the pigs!) seriously making my pre-planned trip inevitable. Hopefully it wont caused an outbreak as i spent so much on making this trip into reality. By hook or by crook i am so going to Europe. Regardless. I just pray to God to watched over us during the 2 weeks we are there. Damn the PIGS! Again! Now i have more understanding why we are totally banned against the PIGS. PIGS, PIGS, PIGS. Damn the PIGS!

I am getting a little bit emotional about this. But then again. I just try to focus on things that have more merit. The clock is showing 6 o'clock. Time to go back. Bubye.
Posted by Resm A. at 2:43 AM