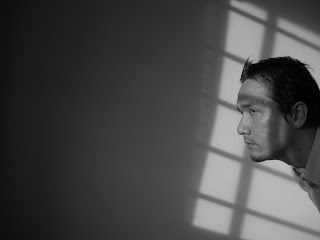 I woke up this morning feeling lightheaded. This may be due to be coming back late at nite the nite before la. Watched Fast & Furious 4. Delicious. Now i sound as if i am talking about food. Hahaha.

Anyway as usual, i went out for my usual morning jog rite after i finish with my morning (Subuh) prayer. Just take in the usual route. From my flat down the road to the main road and further up to the exit of the main road to the mainer (if there such a word) road. Then jog back to my flat. The minute i step in my flat, my handphone rang to the tune of Justin Timberlake's Sexyback. So it can only be meaning one thing. A call from the office. At this hour? It is about 7.30am in the morning. It was a call from my Big Boss. When i say big boss, i mean yeah Big Boss with the capital B. Anyway just answered the call and blah blah blah, i just go straight to the kitchen to prepare my breakfast. What i am going to have today? French toast sounds nice.

So i prepared my french toast, iron my clothes (today is the Batik day) then take my bath after i dried up off sweat. Drove to the office as usual as well (8.05 am) and reached office 8.17 am. Just nice. Now what i have in store for myself today? 5 letters to be drafted for respective persons. As usual have my morning brief aka morning talk with my immediate boss about whats up for today. Then back to my table and do my thing. Today i feel lightheaded so i choose LIGHTHEADED from my iTune playlist and listen to some songs while i am working out the things that needed to be done.

I'm glad its already nearing lunch time. I think of going back home today during lunch to freshen up a little bit and all then maybe can prepare for what i'm going to cook tonite. I'll think about it over the remaining working hours then since i cant really come up with anything. All i know i might be having some meat for the nite.

She was introduced to this guy by our Biggest Boss (its a higher ranking than my Big Boss). And she is kinda excited about it. But from the conversation over the phone, seems like the mother is not. But one thing about Mym, she wont let it to dampen her mood coz as she eloquently stated it, 'I'm the one who's getting married, not my mom'. Pull Stop. Hurm. Talking about mom who are really picky about their want-to-be in-laws. It kinda reminded me of Rayyan's (one of my few close buds who rarely-keep-in-touch-but-be-there-whenever-you-need-him-to) story with Aminah. Rayyan's mom is the kind of person who you don't want to bump into if you are not wearing LV from head to toe. She's that particular about standards you see. So it wasn't pretty picture given the fact Aminah comes from FELDA. But in the end Rayyan don't care and gotten his father's blessing, so he and Aminah got married against her mom constant pushing. Hopefully they won't end up like those tv dramas whereas the mom will do anything to stain the relationship. Okay. Enough with that.

Just heard the news. The new cabinet members, and surprisingly our ministry is still very much a ministry. Kinda bad news for majority of us, don't ask why coz it is an answer that can only be answered within these four walls of level 1-4, Tower 2 of PjH Tower. And surprisingly, MOSTI merged with KTAK, and MeCD, hurm, they don't say anything about merging. Aha! But some said that its merged with MOA. But whatever it is, there still news tonite. So i think i'll just wait and watch the news.

Anyway, still trying to finish up writing letters to agencies requesting several things as well as inviting them for meetings. On top of that, i help my immediate boss (the smallest boss among my bosses) to prepare for the presentation slides for the meeting. Now got another work to do. Have to re-arrange the folders for the meeting for next week. Gosh. I just done with the busy period, but seems like it is going to get busy soon. My prediction, i dont have my weekend, again.

The clock already showing near 7.00pm but i am still very much in the office. This is something that i had never thought of when i entered the government service. I was also like one of the majority Malaysian (back then) who thinks that govt job is easy breezy. But how i was proved wrong when i entered the service. When i said i am getting busy, i am getting real busy. I think i done for the day. I just need to mull it over and try to focus on all that has been happening around me.

The ministry going to get a new minister. And i don't know how its going to change the working environment around here. Hopefully everything is going to be steady and fine. I just hate to add in another headache to my life.
Posted by Resm A. at 11:27 PM